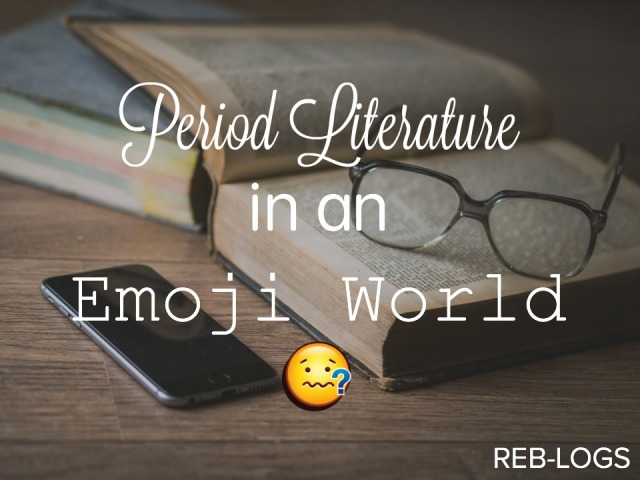 As someone who’s in such transparent pursuit of the title “Writer”, it might come to you as quite a shock that I am not the greatest of readers. I would like to pretend that in the evening, after I get my son settled, I curl up with a cup of tea and a book and get lost in some literary world of adventure and romance but the disappointing reality is, I put on an episode of The Office or Only Fools and Horses (all of which I’ve seen before) and doze off to the antics of Michael Scott or Del Boy.  And while both of these are works of art in their own right, they’re not exactly the proud habits of any aspiring writer.

If, and when, I do take to a book, I generally choose a well-established classic; a piece of period literature that, despite having been written over a hundred of years ago, in a world seemingly foreign to our own, somehow still manages to resonate with a modern audience. Case in point: I am currently reading Wuthering Heights (1847) after having recently finished Agnes Grey (1850) – both by Brontë sisters.

The appeal of these works, at least to me, lies in the splendour of the language used.  While I enjoy “That’s what she said” jokes (The Office), cockney slang and the misuse of French phrases (Only Fools and Horses) as much as the next guy, I admit there is a refreshingly honest, and almost, exotic quality to the words of these works. Their elaborate descriptions and profound sense of imagery stand in such contrast to our own contemporary forms of communication that they become a true novelty in today’s world.

The image below – taken from the recent article The Deep Meaning of Emojis: What You Need to Know on How Social Media is Changing Communication – perfectly encapsulates exactly what I am talking about. 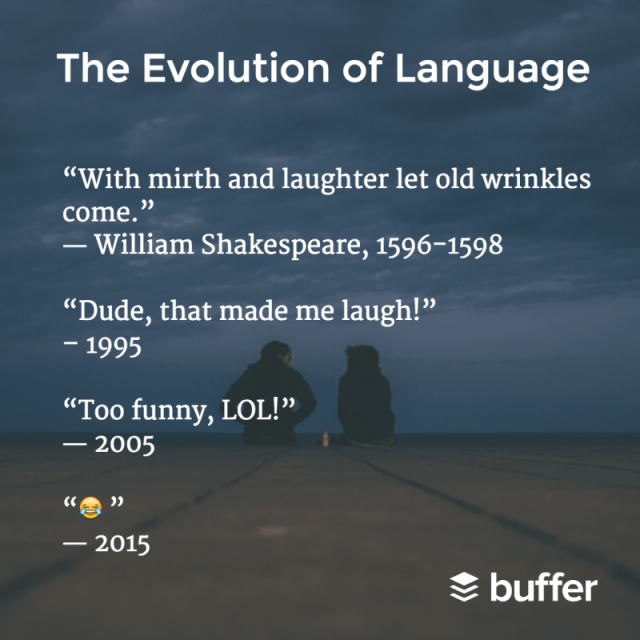 Over the years, our communications appear to have been reduced to emojis.  Whether due to laziness, busyness or just sheer incompetence, we are continually dumbing down the English language. I too am guilty of this and you’ll find me frequently using “

This is not to diminish the comedic value of the emoji or the time-saving power of an abbreviation but simply to highlight why “reading books” is such an important part of our lives that cannot be replaced by these more modern means of consuming content. These books, particularly the ones which I am referring to, might seem like relics from a bygone era, totally irrelevant to the modern world, but I would argue that they are more powerful than ever.

The original inspiration for this piece came from a passage from Agnes Grey. I won’t go into the particulars as I’d just get even more sidetracked than I already am, but what struck me about this passage was its overwhelming relevance to today’s world. I could completely identify with – as could many – the underlying message. So, while there is a total disparity in terms of the context and the language used, the sentiments and principles still apply. We can “dress down” how we communicate but human nature remains the same. It is in this apparent duplexity that I believe the true greatness of these works lie.  They have the ability to absorb us into a world that’s not quite our own and yet ground us with these universal truths. The language may seem superfluous but it plays a huge part in that sense of escapism that we so often seek in reading.

In the past my writing has been characterised as “too wordy” and I recall one geography teacher, who shall remain nameless, commenting that “This isn’t an English exam”.  It seems it has always been in my nature to use more words than necessary and while I’m pretty sure these remarks were intended as insults, I have chosen to now interpret them as compliments (in your face Mrs. ****).

So, let us not abandon our beautiful language that we have spent centuries cultivating and perfecting; let us not allow terms like “selfie” and “twerk” to define our generation; let’s not allow ourselves to become reduced to emojis.  Sure, we could all save ourselves a lot of time and boil everything down to its simplest form but let us also err on the side of caution or before we know it, our communication could soon become no more than a small yellow face on a white screen.