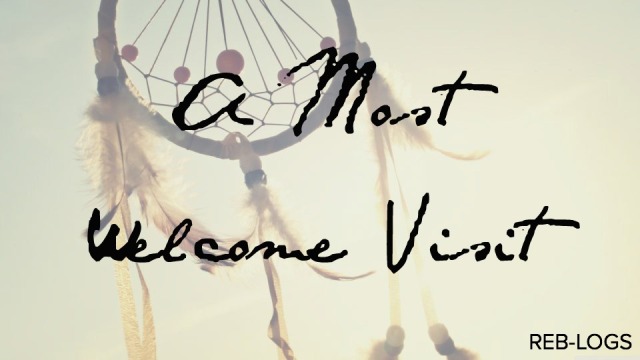 You came to visit me last night as you sometimes do – though not as often as I’d like. Your hair was as dark and you were as handsome as ever. Time has been much kinder to you than the rest of us but, alas, you’ve been in the warm all this time.

You asked if I would sit with you for a while and reminisce about “the good old days” when we were much younger and without a care in the world. You weren’t as cheerful as you normally are but, I suppose, neither was I. I comforted you as best I could – I even offered to rub your head.

I told you of the things I could remember from, what seemed like, an age ago now. The out of tune piano at the back of the house; the room that was always filled with sandwiches; the coloured pasta which I never see anymore; the tree house were your brother and I spent so much time.

It was you, wasn’t it? Yes, I’m sure it was. Perhaps you’ve missed me just as much as I’ve missed you, though I suspect you’ve been keeping an eye on me without my knowing so. That would be like you – mischievous in your own special way.

When you left you unknowingly took, what was, a huge part of me with you. The promise that time heals all wounds has been true to its word but I would be lying if I said there wasn’t still a void. A hole of sorts amongst the rest of me which is fortunately filled with the assurance that your are in an eternal state of happiness and peace. I doubt this vacancy will ever be filled until we are reunited – for longer than a dream.

I expect you’re busy, visiting us all in the night, and I understand that you can’t join me more but, on the off chance that you ever think I might be too occupied with thoughts of today or worries of tomorrow, know that there is an open-ended invitation for you and you alone.

Some may say “It was just a dream” but we know better. Little do they know, we’ve been meeting in secret for some years now in this quiet place.  Our encounters are brief and we can never seem to make plans but isn’t that the beauty of our impromptu meetings?

I am happy to say that I am at peace and while tears will inevitably be shed throughout the years – at birthdays, anniversaries and those other unpredictable moments when memories catch us off guard – I live in the certainty that you are there and you are taken care of, just as you should be.

So, my dear friend; I patiently await our next encounter in my restful and hazy slumber.  Who knows where we’ll be, what we’ll do, or who will join us.  In the mean time, don’t forget to visit the rest of them. They miss you an awful lot, you know.